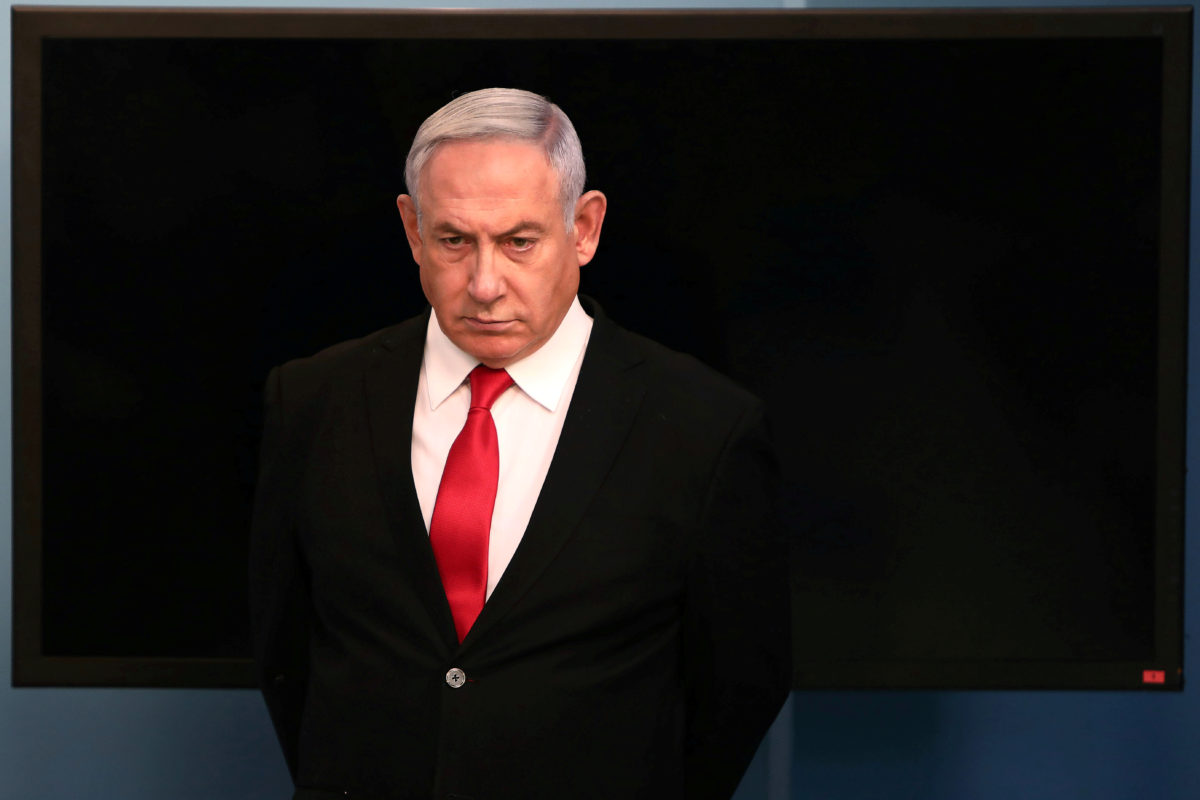 On October 6th a JERUSALEM POST editorial charged that Netanyahu is “characterized by impulsiveness, poor judgement and faulty decision-making.” The next day, Yoel Marcus of HA’ARETZ was less polite: “It is difficult to avoid the distressing conclusion that the state [of Israel] is headed by a schlemiel [a fool]. The timing, the location, the performance, the goal, the method, the humiliation — even the bungling Inspector Clouseau of ‘Pink Panther’ fame could not have produced a more inept accumulation of negative ramifications than was generated by Bibi’s power of reasoning here.” In another HA’ARETZ Op-Ed column, Amir Oren imputed Netanyhu’s underlying motive for attempting to murder Khaled Mashal: “The light-minded Netanyahu envied Yitzhak Rabin, on whose orders Ptachi Shikaki was assassinated in Malta, and Shimon Peres, who ordered the assassination of Yihye Ayash in Gaza,” — in other words, in addition to being a schlemiel, Netanyahu is a schmuck [a stupid fool].

Outside of Israel, the established press quickly followed the Israeli lead. The plan to murder Mashal was condemned as over-zealous and shortsighted. On October 9th THE NEW YORK TIMES’ Thomas Friedman informed us that “Israeli leadership has more in common with Larry, Moe and Curly [The Three Stooges] than with David Ben-Gurion, Menachem Begin and Yitzhak Rabin,” adding that “Israel today is lead by people who have no clear vision and no courage.” The following Sunday, Serge Schmemann was given page one of the TIMES’ influential Week In Review to defend the use of assassination as a political weapon, noting that the Mashal operation was simply a misuse of a useful tool — “mounted in the wrong place, at the wrong time and against the wrong target.”

The most intelligent comment that received world-wide attention came from King Hussein: “I am personally unable to reach a conclusion as to how the Israeli Prime Minister thinks. This makes me very worried.” He should be worried. Hussein is smart enough to know that Netanyahu is far from stupid. The Massachusetts Institute of Technology does not give degrees in architecture and business administration to schlemiels, and schmucks do not qualify for their PhD in Political Science. Indeed, if Netanyahu is stupid, Machiavelli was an idiot. Only a fool, a propagandist, or someone who wants to fool himself, would characterize Netanyahu as stupid. So what was he trying to do in Jordan? We may never know, but we should have enough self-respect to reject the notion that Mashal was targeted by Larry, Moe and Curly. Instead, to understand Netanyahu’s objectives, we should start with the assumption that he is smart, bold, and cunning.

We should also reject the notion that Netanyahu has “no clear vision.” He has a very clear vision, as described by Uzi Benziman: “to annex at least 50 percent of the West Bank (the Jordan Valley, the old Green Line, Gush Etzion and greater Jerusalem); to allow the Palestinian Authority no more than the status of a quasi-state (like Puerto Rico or Andora) without arms or an army; to continue controlling its borders and airspace; to be able to limit its immigration and its access to Israeli water resources; to leave most of the Israeli settlements under Israeli sovereignty; and to continue Israeli control over both parts of Jerusalem, while possibly granting some status to an Arab entity over the Temple Mount mosques (parentheses not added, HA’ARETZ, September 21). This is an audacious objective. It is likely to require audacious actions.

The immediate obstacle to creating Netanyahu’s apartheid state is the Palestinian Authority. The more difficult obstacle is public image. Netanyahu wants to disarm and disband the PA, but how could he accomplish such a feat? Consider the context of the Mashal operation. For months Netanyahu repeated a mantra — the Palestinian Authority must act against terrorism . . . the PA must act against Hamas. This became his answer to every question, to every complaint. The United States was eventually persuaded, and the PA began to arrest Hamas leaders and close Hamas institutions in the West Bank and Gaza. But Palestinian money was still being held, settlements were still being expanded, and Madeline Albright was told, in effect, to go bake cookies. What more did Netanyahu want? He wanted more, more of the same, more PA suppression of Hamas.

Now suppose the plan to kill Mashal had worked. Suppose he was attacked with poison by unknown assailants in Amman. He suffers for two days before he dies. During those two days Netanyahu does two things. First, instead of refusing to either confirm or deny involvement — the official policy in all previous Israeli assassinations — he calmly denies that Israel was involved. He even points to the method used, announcing that not only would Israel not attack a citizen of Jordon in Jordon, but being a signatory to the international treaty against chemical weapons, Israel would not use poison gas on anyone. Second, he forwards all Palestinian tax money to the PA, grants permission to build an airport and seaport in Gaza, and announces the construction of a highway connecting Gaza and the West Bank. When asked why he made these concessions, Netanyahu would say, as Mashal lay dying, that he has been greatly encouraged by the Palestinian Authority’s efforts to combat terrorism. Then he could add some words about how it is important to reward actions taken in the right direction, even though there is much work left to be done.

Within an hour, the PA would have been denying the outrageous charge, suggested by the press, that they attacked Khalid Mashal as part of their crackdown on Hamas. After Mashal died, Netanyahu would deny that the money, the airport, the seaport and the road were a reward for killing Mashal — adding that Israeli intelligence sources have no evidence of Palestinian involvement in the murder of this mid-level Hamas political operative. At that point a unique event would have occured — the Israelis, the Americans, Hamas and King Hussein would have agreed on something. They would all agree that Netanyahu lied about one thing — about his concessions not being a reward to the PA for assassinating Mashal.

Arafat would have been disgraced and much of the PA would have joined Hamas. The deserters would not leave their guns behind, and the ensuing crisis would be built up by the Israeli and American Press. Everyone would be waiting for another terrorist attack. When it came, Netanyahu would have enough U.S. and Israeli support, and enough Jordanian acquiescence, to invade the West Bank and Gaza, ostensibly to disarm Hamas. Of course, that would lead to clashes with the remaining PA, so he would need to disarm them as well.

Too fantastic? Do you remember the Lavon Affair — when Israel gave bombs to Egyptian Jews and had them blow up American installations in Egypt, sending notes implicating Egyptian dissidents so that the United States would turn against Egypt in 1954? Too audacious? Remember that Israel attacked an American ship in 1967, killing 34 American sailors and wounding 171, only to have the American President order the return of U.S. fighter planes that were on their way to rescue the U.S.S. Liberty. And what about the Pollard Affair? Pollard did not get away with spying on the United States, but Israel surely did. Does Netanyahu remember these events, and many others? Or is he too stupid, as the mainstream press would have us believe?

A public opinion poll published on October 11th in THE NEW YORK TIMES showed that Netanyahu had gained on Ehud Barak among Israeli voters, and “Many listeners had already noted that in radio call-in shows, the preponderance of callers rallied behind the Mossad and Mr. Netanyahu.” Could American opinion be far behind? On October 14th Abraham Rosenthal published an Op-Ed piece in the NEW YORK TIMES announcing that the attempt on Mashal’s life was a noble endeavor and that people who criticize it on moral grounds are hypocrites. So the plan to increase tension between the PA and Hamas failed, but Netanyahu has already gotten away with that failure.

Now, about the last question. Why was the assassination botched? Mossad murdered Ayyash with a cell phone triggered from a helicopter, why couldn’t they gas this guy in Amman? Israel did not use agents who were officially stationed in Jordan. This operation was too secret, even for them. They began to put a special team in place on August 19th, complete with Canadian passports. By mid-September there were 8 of them. Perhaps they had enough time to get everything ready, but perhaps not. The Ayyash assassination took several months to execute. My guess is that Mossad was rushed into action when King Hussein sent a letter to Netanyahu saying that Hamas was “ready to stop its attacks on Israel in return for discussing all the issues that have to be discussed,” and offering to mediate between Israel and Hamas (HA’ARETZ, Oct. 9). That letter supposedly got lost for 3 days, not reaching Netanyahu until after the assassination attempt. What was the problem? Insufficient postage? Incorrect address? Jewish holiday?

On October 10th The Jerusalem Post reported that King Hussein initially thought that the attack on Mashal was Israel’s reply to his letter. Perhaps it was. And now that the Palestinian Authority has gained some credibility in the United States, a reasonable proposal for Final Status Talks would be a very grave threat to Zionism. Again, I urge Palestinians to make such a threat (see PT, October). Propose a new nation for the Middle East. Propose that Israel, without the Golan Heights, join the West Bank and Gaza. This new country should not be called Israel and it should not be called Palestine. Any other name would be acceptable, but I suggest New Canaan.

All current inhabitants of Israel, the West Bank and Gaza would be citizens of New Canaan, and no citizen would be discriminated against, or receive privileges, on the basis of religion. People residing outside of New Canaan who were born in Israel, the West Bank or Gaza could immigrate to New Canaan with their family and receive automatic citizenship. Otherwise, immigration policy should be determined by a democratically elected government in any manner that would not discriminate by religious affiliation.

Because the United States has been critically responsible for creating the circumstances which require such a major solution, it would be reasonable to propose that America guarantee the security of New Canaan’s international borders for fifteen years subsequent to its creation and grant expedited U.S. citizenship to any former Israeli citizen of New Canaan who wishes to immigrate to the United States.

It is important to know your enemy. Benjamin Netanyahu is Meir Kahane in secular clothing. He is not manipulated by Israeli right-wing Zionists — as the Western press is fond of thinking — he is a right-wing Zionist. The best way to expose this liability is to offer a reasonable plan for peace and let the world watch his reply. A Final Settlement Plan that could be openly advocated would be a powerful force — a force that Netanyahu could not match.