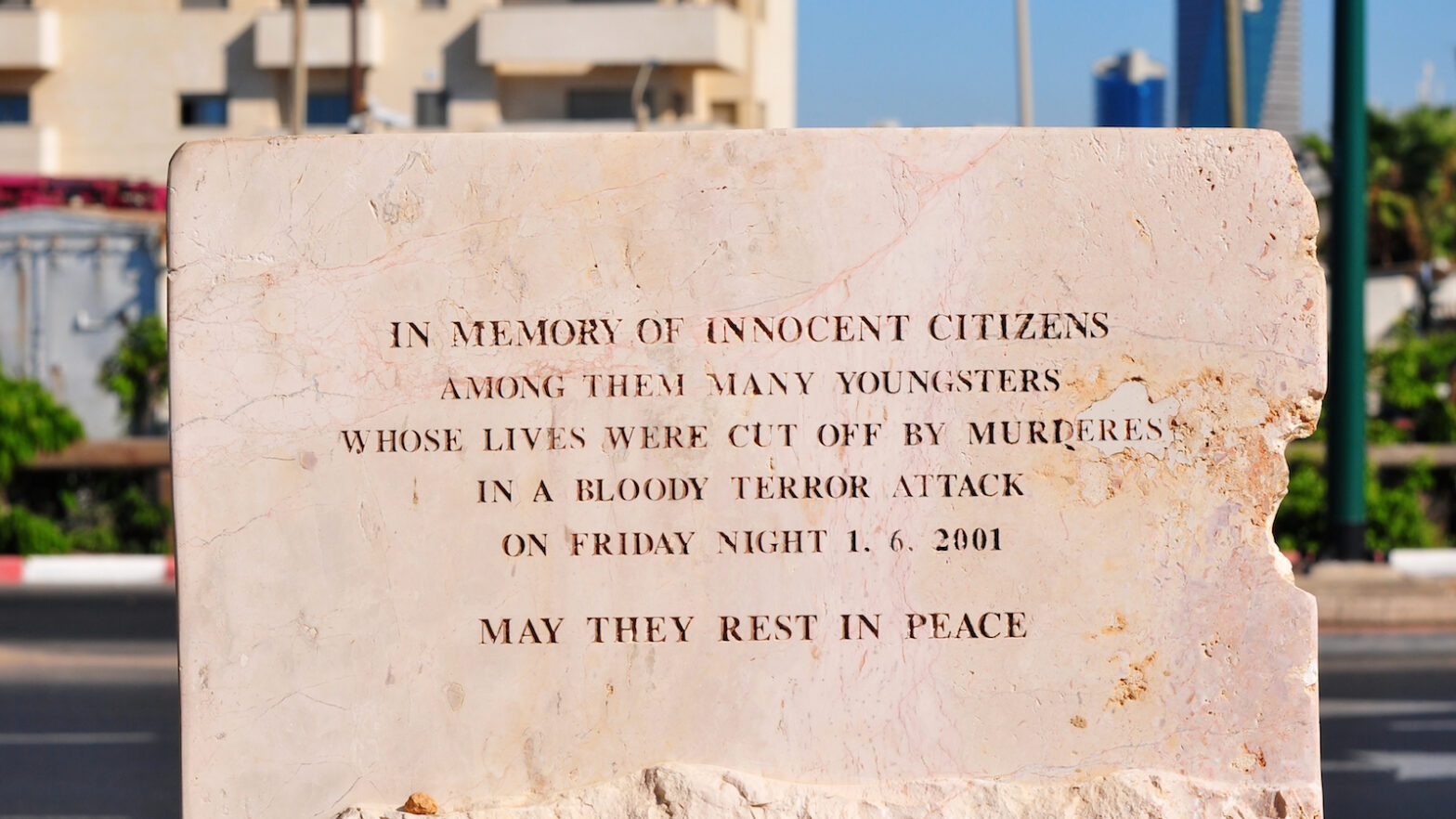 On December 7th 1938, as storm clouds of World War II gathered over Europe, a man who would become the first Prime Minister of Israel told an audience of Zionists:

“If I knew that it would be possible to save all the [Jewish] children in Germany by bringing them over to England, and only half of them by transporting them to Israel, then I would opt for the second alternative.“

Any Palestinian who thinks that killing tens, or hundreds, or even thousands of Jewish children will stop the Crusade of Zionism should remember Ben-Gurion’s words. Sure, the parents of dead children feel that stealing a nation is not worth such a price. But within a week of each suicide bombing the rest of Israel counts the dead as the cost of doing business. And when business is good, those costs are followed by profits.

In this case, the pay-off is sympathy from parents around the world — sympathy which Israel can spend like cash to cover the public relations cost of killing more Palestinians, destroying more Palestinian homes, stealing more Palestinian land, and expanding Jewish settlements in the West Bank, Gaza and East Jerusalem. How many Palestinians can they kill in exchange for one picture of one lifeless Israeli child on the front page of the New York Times . . .10 . . . 50 . . . 100? This is a very poor exchange rate for Palestinians, and it is very bad business.

Imagine, instead, a front-page picture of a blown up bridge, the inside of a burnt out university computer center, a toppled electrical power station, a ruptured water main, a commercial or government building that caught fire during the night. After a few months, such pictures would be moved to page 2, then to page 5, and eventually to page 16, because the people who publish the news would soon realize that too many readers are looking at those pictures and thinking “If Israel would be more reasonable, this kind of thing would not happen” — which is not a message that the owners and editors of the New York Times or the Washington Post want to propagate. It is not the kind of message that can be used to excuse breaking agreements and breaking bones.

So violence against property would cost less, in terms of adverse publicity, but would it have an impact on Israelis? If they are not moved by seeing Israeli children die, will they care if they cannot access the internet for a few weeks because their local server has been destroyed, and their records were lost in a fire at municipal offices, and they cannot water their lawn for three months because emergency delivery systems only supply enough water for cooking, drinking and bathing? Astonishingly, the answer is yes — and it is not because these people are Jews. Jews are ultimately the same as everybody else. They are just people.

No, it is not because they are Jews, it is because they are ‘haves’ — as in ‘the haves and the have-nots’. Most poor people, like most Palestinians, find it difficult to understand most rich people. They need to remember the words immortalized by Janis Joplin, “Freedom’s just another word for nothing left to lose.” Rich people do not have that freedom, especially rich people who have not earned their wealth. That is why they get so upset, so defensive, whether they are up-scale Zionists or corrupt Palestinian officials, when a little piece of their material wealth is threatened. These people would be more chronically distraught over a deep scratch in the paint of their new car than over the death of a distant neighbor’s child — especially if the scratch is located where they see it every time they get into the car, and it reappears two weeks after they spent twelve hundred shekels to have it repaired.

The New Intifadah should take advantage of the freedom of the poor and the curse of the rich. Palestinians must realize that they will get a better return on one hundred kilograms of sugar, slipped one kilogram at a time into one hundred Israeli gas tanks, than they will get from a suicide bomb that kills ten children. And better to poison a Mercedes than a Fiat. If you can seriously inconvenience the rich, the rich will compromise. South Africa abandoned apartheid when it began to hurt the high-end ‘haves’ economically — when it became difficult for them to get maids and servants, and when the distance between the rich and their less fortunate White countrymen began to shrink. ‘Haves’ are the same all over the world. Aim for their wallets, not their hearts. Their rear pocket is more vulnerable than their shirt pocket.

And when you do that, do it against the background of an alternative that will strike every enlightened person on the face of the earth as fair, reasonable and right. Propose a new nation for the Middle East — a nation in which no citizen will be discriminated against, or receive privileges, on the basis of religion. Propose that Israel, without the Golan Heights, join the West Bank and Gaza. This new country should not be called Israel and it should not be called Palestine. Any other name would be acceptable, but I suggest New Canaan.

Propose that all current inhabitants of Israel, the West Bank and Gaza would be citizens of New Canaan, and that people residing outside of New Canaan who were born in Israel, the West Bank or Gaza could immigrate to New Canaan with their family and receive automatic citizenship. Otherwise, immigration policy should be determined by a democratically elected government in any manner that would not discriminate by religious affiliation.

Because the United States has been critically responsible for creating the circumstances which require such a major solution, it would also be reasonable to propose that America guarantee the security of New Canaan’s international borders for fifteen years subsequent to its creation and grant expedited U.S. citizenship to any former Israeli citizen of New Canaan who wishes to immigrate to the United States.

Every stick needs a carrot. Let New Canaan be the carrot, and let violence against property be your stick.