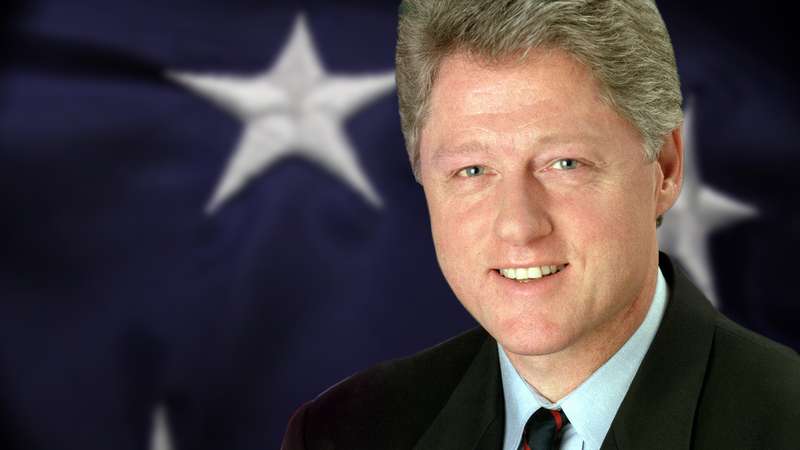 Imagine being the Commander-in-Chief of United States Armed Forces. You just spent $800,000,000 getting three aircraft carriers and tens of thousands of soldiers ready to attack Iraq, but you have one outstanding problem: targeting. You are sure that you want to bomb some of the locations that you have targeted, you are not so sure about several others, and there are number of locations that you suspect should be destroyed but they have not been targeted. You need more information.

Now imagine that an honorable man like Kofi Annan has made an agreement with Sadaam Hussein that could enable you to gain additional targeting information. Should you delay your attack while U.N. Inspectors gather details that might even help you murder Sadaam Hussein himself? This is a difficult decision. Keeping a massive force poised to attack is very expensive, and the Inspectors may not bring back the information that you need, and it all takes time.

Ah! But wait! Taking time might be good — because that dog of a Special Prosecutor is taking his time carefully collecting evidence that your private parts got stuck in the mouth of a twenty-one-year-old employee, and that you asked her to lie. In fact, the Special Prosecutor may not make his report to your government for another month or more. You may need to divert your country’s attention reliably and suddenly in April or June. Perhaps you should tell the world that you are skeptical about the agreement between Annan and Sadaam, but you are willing to wait. Be sure to warn the world that if Iraq does not give you everything you want, “the United States would have the unilateral right to respond at a time, place and manner of our own choosing” (New York Times, February 24). Perfect!

There is a story in the Bible about a man who forestalled an attack on a nation so that he could set up a better attack. The story even involves an affair with a young woman (Genesis 34:1-29):

Dinah the daughter of Leah, whom she bare unto Jacob [whose name was later changed to Israel], went out to see the women of the land. And when Shechem the son of Hamor the Hivite, prince of the country, saw her, he took her, and lay with her, and defiled her.

And his soul was drawn to Dinah the daughter of Jacob; he loved the maiden and spoke tenderly to her. So Shechem spoke to his father Hamor, saying, “Get me this maiden for my wife.”

Now Jacob heard that he had defiled his daughter Dinah; but his sons were with his cattle in the field, so Jacob held his peace until they came. And Hamor the father of Shechem went out to Jacob to speak with him. The sons of Jacob came in from the field when they heard of it; and the men were indignant and very angry, because he had wrought folly in Israel by lying with Jacob’s daughter, for such a thing ought not to be done. But Hamor spoke with them, saying, “The soul of my son Shechem longs for your daughter; I pray you, give her to him in marriage.

“Make marriages with us; give your daughters to us, and take our daughters for yourselves. You shall dwell with us; and the land shall be open to you; dwell and trade in it, and get property in it.” Shechem also said to her father and to her brothers, “Let me find favor in your eyes, and whatever you say to me I will give. Ask of me ever so much as marriage present and gift, and I will give according as you say to me; only give me the maiden to be my wife.”

The sons of Jacob answered Shechem and his father Hamor deceitfully, because he had defiled their sister Dinah. They said to them, “We cannot do this thing, to give our sister to one who is uncircumcised, for that would be a disgrace to us. Only on this condition will we consent to you: that you will become as we are and every male of you be circumcised. Then we will give our daughters to you, and we will take your daughters to ourselves, and we will dwell with you and become one people. But if you will not listen to us and be circumcised, then we will take our daughter, and we will be gone.”

Their words pleased Hamor and Hamor’s son Shechem. And the young man did not delay to do the thing, because he had delight in Jacob’s daughter. Now he was the most honored of all his family. So Hamor and his son Shechem came to the gate of their city and spoke to the men of their city, saying, “These men are friendly with us; let them dwell in the land and trade in it, for behold, the land is large enough for them; let us take their daughters in marriage, and let us give them our daughters.

Only on this condition will the men agree to dwell with us, to become one people: that every male among us be circumcised as they are circumcised . . . and every male was circumcised. On the third day, when they were sore, two of the sons of Jacob, Simeon and Levi, Dinah’s brothers [heads of two of the twelve tribes of Israel . . . each tribe having its own army of warrior-herdsmen], took their swords and came upon the city unawares,
and killed all the males.

They slew Hamor and his son Shechem with the sword, and took Dinah out of Shechem’s house, and went away. And the sons of Jacob [all twelve tribes] came upon the slain, and plundered the city, because their sister had been defiled; they took their flocks and their herds, their asses, and whatever was in the city and in the field; all their wealth, all their little ones and their wives, all that was in the houses, they captured and made their prey.

Treachery is a time-honored tradition in Judaism, and Christianity is ultimately a form of Judaism. In a campaign speech before the Jewish Leadership Council in 1992, then Governor-running-for-President Bill Clinton said, “If I ever let Israel down, God would never forgive me.” Thus the United States is prepared to kill Iraqis for offenses that it pays Israel to commit — like developing weapons of mass destruction, flaunting U.N. resolutions, and oppressing indigenous minorities. Now Thomas Friedman, the darling of liberal Zionists, wants to help Clinton set up a bigger and better bombing of Iraq: “The U.S. has to make clear to Iraq and U.S. allies that if there is any violation America will use force, without negotiation, hesitation or U.N. approval” (New York Times, February 24).

The Jerusalem Post recently ran a story declaring that “Palestinians Laud Annan Deal” (February 24). Perhaps it is too early to celebrate the peace negotiated by Kofi Annan. In the spirit of Jacob and the twelve tribes of Israel, perhaps Clinton is just taking aim and buying time.